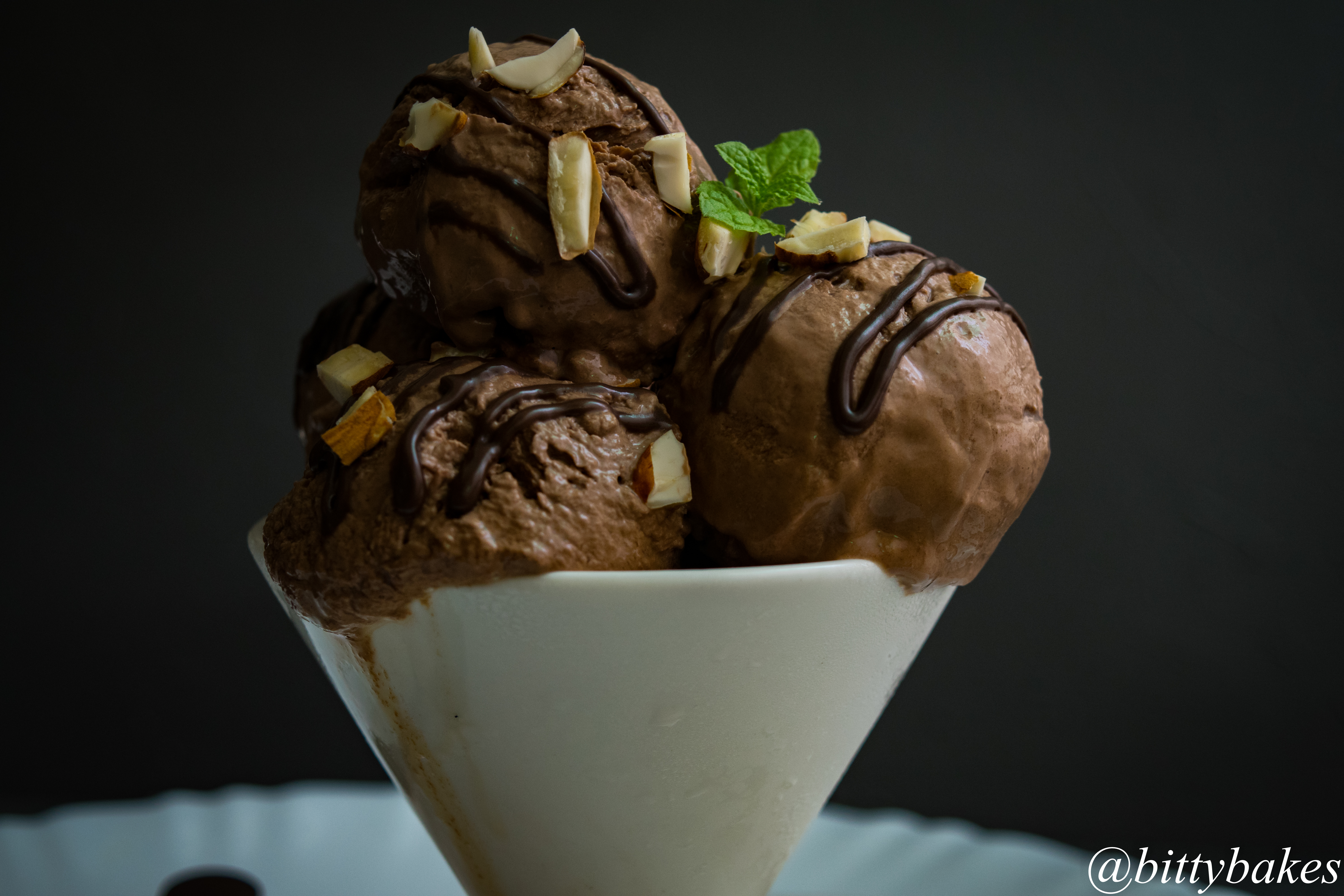 This Easy Cinnamon Chocolate Ice Cream is so yummy!!

Ever since I was a kid, I used to prefer chocolate over other flavours. I still remember we went to a hotel once and when my mom asked me what I want to drink , my dad replied chocolate milkshake. Such was my craving for chocolate! and even now when I am low they are my mood boosters!. 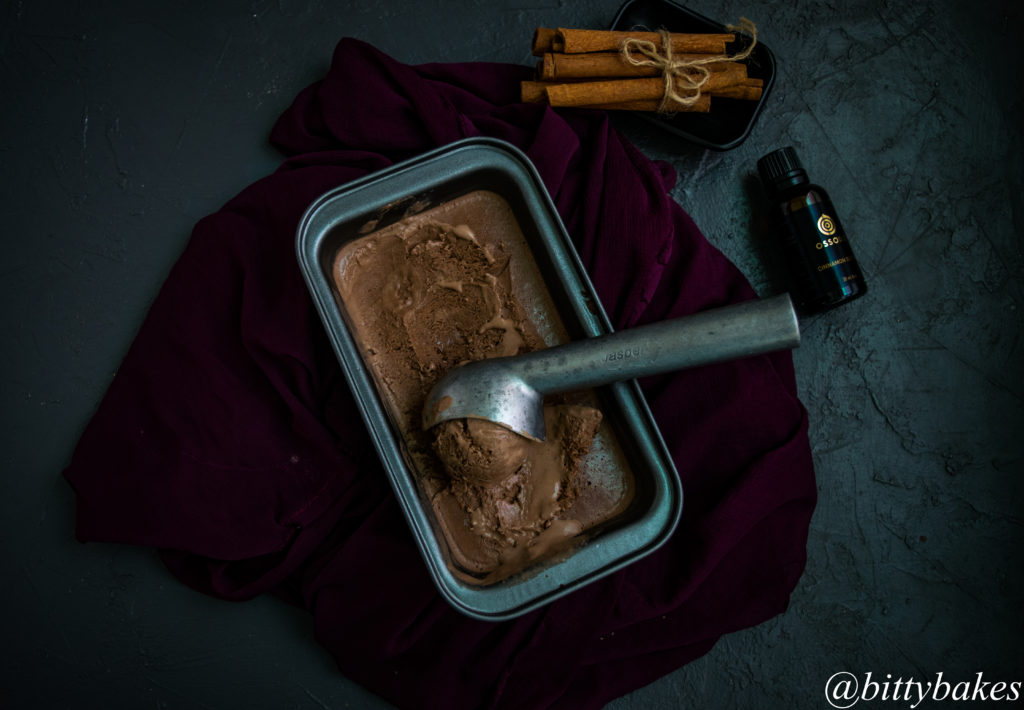 You feel such bliss when enjoying that Chocolatey flavour !. Eating chocolate releases endorphins which are known to decrease the levels of stress and pain. It’s this and some chemicals that gives you that joy. But I didn’t know this scientific reason behind it though!

So how would you like to have an ice cream that is homemade, chemical free and which can be made using your everyday ingredients! 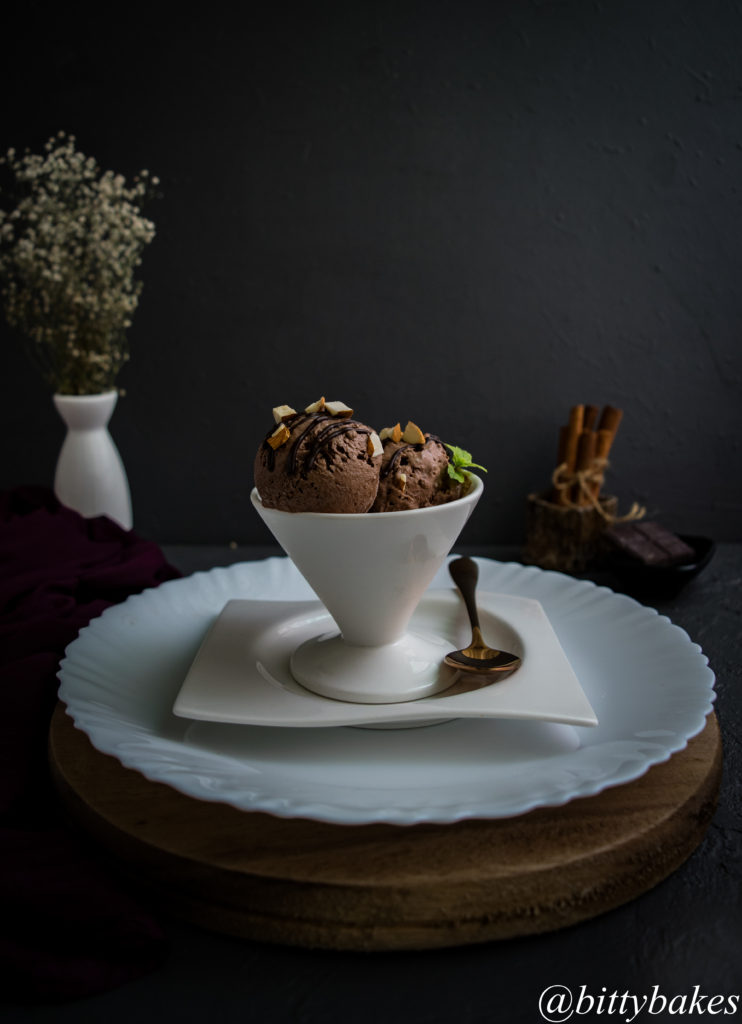 But, wait! There is cinnamon in this recipe and I haven’t mentioned it . Silly me! But that may be because I was a little skeptical of combining the cinnamon and chocolate. Being an ardent chocolate lover. I feel mixing it with other flavours doesn’t do it justice . But, I was proven wrong by using this Ossoro’s cinnamon butter extract. You have to try it to believe it!. So give it a try and do tag me in Instagram and Facebook using #bittybakes. 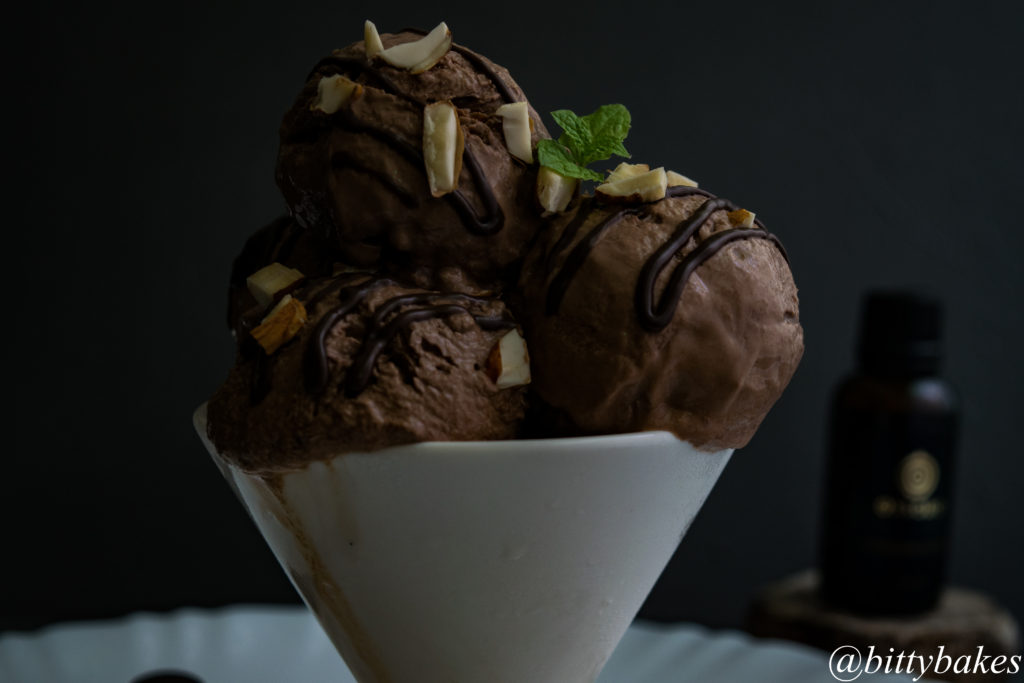 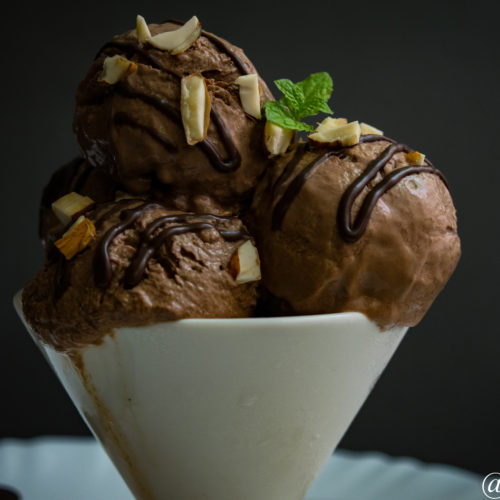