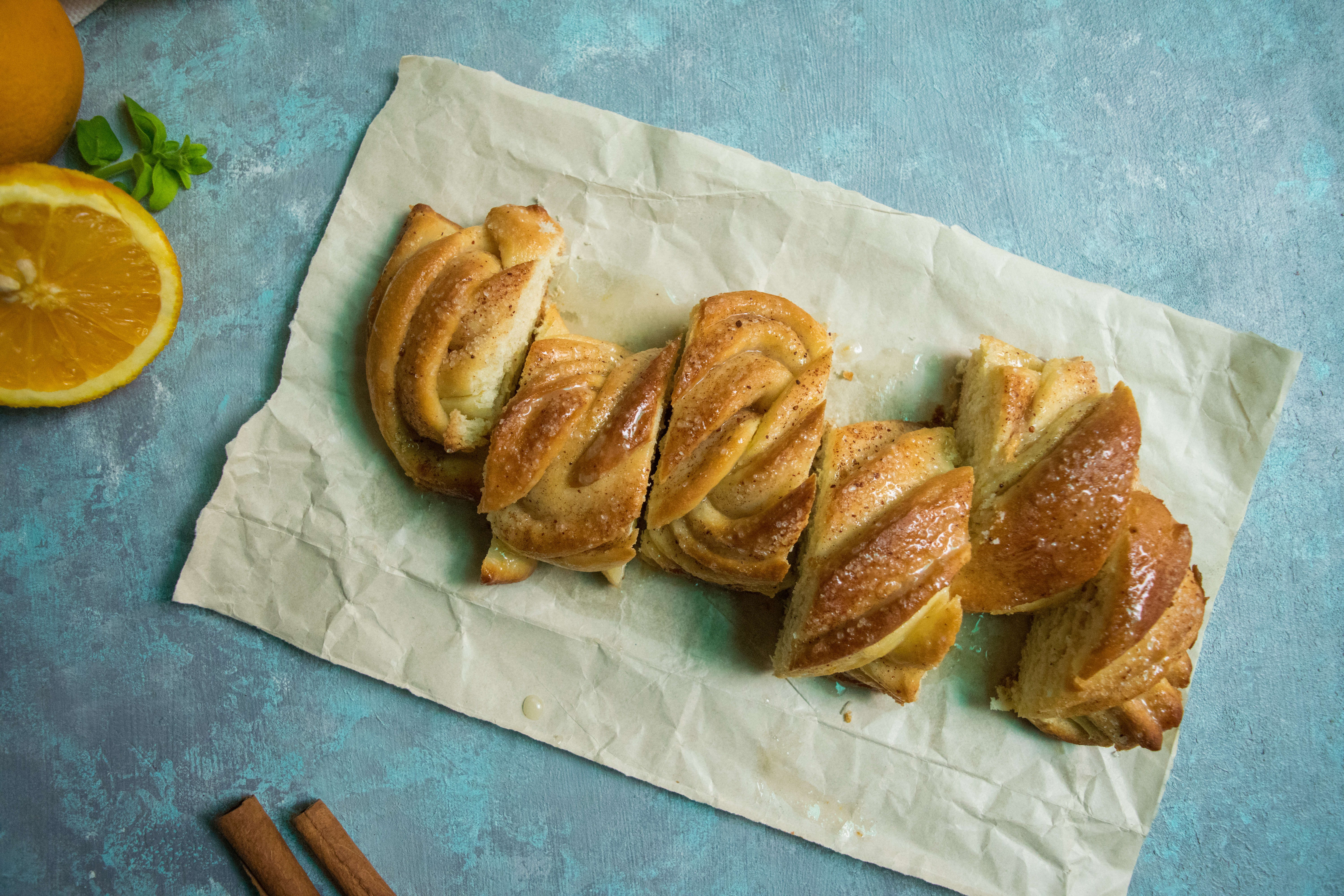 Cinnamon Rolls are an easy breakfast, that can be prepared ahead of time. And this one raise easy eggless cinnamon orange roll recipe is so easy and it just takes 90 minutes to prepare.

This Recipe is a twist in the regular Cinnamon Roll and it’s also eggless. You can check my Classic Cinnamon Roll, if you prefer with Egg.

This Braided Cinnamon Roll has Zest of one Orange, added to the dough while mixing and drizzled with orange glaze. You can also make this recipe without Orange for Classic Eggless Cinnamon Roll. Follow the same procedure, just skip orange zest in the dough and use regular sugar drizzle instead of orange drizzle. 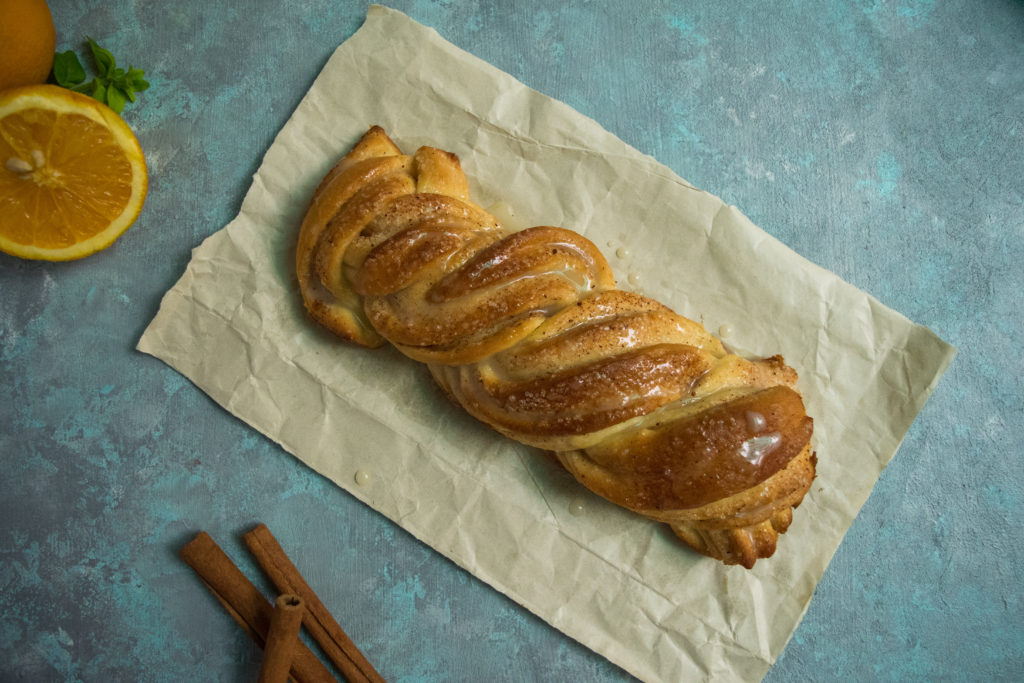 After kneading for 15 min, allowed to rest for 10 min. Then Rolled to required shape and allowed to raise for 50 min.

Orange drizzle really lift up the flavor of Orange. Serve it, when it’s still warm with a cup of coffee.

This recipe is slightly adapted from Gayathri’s cookspot blog. Her blog is loaded mainly with eggless cake recipes.